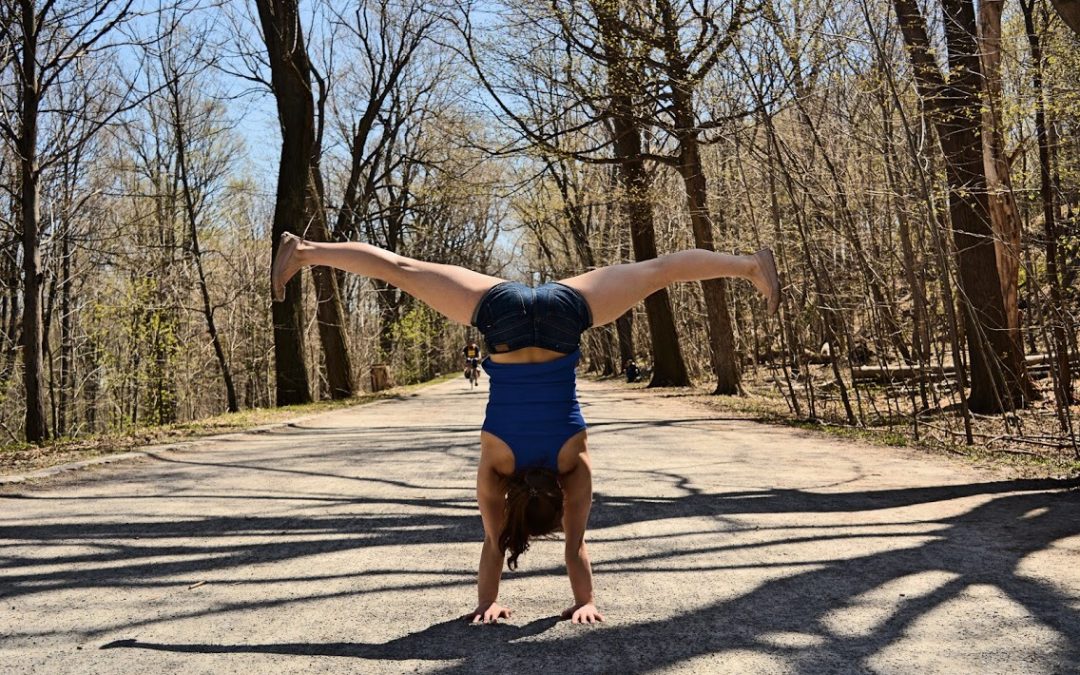 Sometimes it’s important to look back on where you started, in order to see how far you’ve come.

I wasn’t always able to hold a handstand. At this point in my life, it’s a funny thing to think about. I am pretty sure my name has become synonymous with the word “handstand” for most of the people who know me. You are more than what you do, but what you do most passionately says a lot about who you are. It becomes an easy way for others to identify you: you’re “that handstand girl” or “that guy who must really love music, he drums on tables nonstop.” Once you reach a level of proficiency at a certain skill, it’s fun to look back in time to the moment it all began.

True passion is something that takes time to develop – about three years, in fact.

In her book on Grit, psychologist Angela Duckworth speaks of young people who come to her to share how they’ve been working on for a little more than a year now. Isn’t that amazing? they ask. They believe that they must be real gritty, that this must be their one thing and they’re going to change the world. She just smiles and nods and asks them to come speak to her again when they’ve hit that three year mark and are heading into the fourth year of their pursuit.

Why? Because at some point during those three years, they are bound to hit a rough patch. Being truly passionate about something means acknowledging the aspects you like and the aspects you don’t, and continuing to work anyways. The road to success is not an easy one.

Handstands, for me, began as a curiosity. Around the time I was twelve, I read a clip in a gymnastics magazine of the man who started the tradition of the “Happy Handstand.” It was simple: wherever he traveled, he would get someone to snap a photo of him holding a handstand. At the time I was reading the article, I believe this man was in his nineties and had collected a lifetime of these photos, including a shot on the Great Wall of China. I knew immediately this was something I wanted to do. It was a legacy that needed to be continued.

A few months later, my family and I traveled to Europe with the team for the 14th World Gymnaestrada in Lausanne, Switzerland. One day, we were out walking with the team on a bit of a sightseeing adventure and, upon seeing a small rock platform in front of the lake we were wandering around, I asked my dad to snap a picture of me doing a handstand. This was a lot harder than it sounds; at this point in time, I couldn’t stay inverted for longer than three seconds at a time without falling over. But my father is a patient man, and after ten or twelve tries, we finally had a shot with me in some semblance of a handstand.

This trend continued on for the rest of the trip. I did a Happy Handstand on the top of a mountain in Austria, leaning on the wall of the Colosseum in Rome and the edge of the infamous Trevi Fountain.

I quickly figured out that a double stag was the easiest position for me to hold. In the beginning, it must’ve been quite comical for the people watching. I have a vivid memory of my attempts at the Trevi Fountain being especially embarrassing. I was trying to aim my foot so I could lean on the bottom of the fountain. What I didn’t account for was the water – the stone was wet and slippery, and the moment I place my foot, I began to slide down to my back. I was a painfully slow train wreck. The mother of two American teenage boys looked on with a slightly perturbed look on her face, utterly confused as to what on earth I was doing with my hands on the ground. My second attempt was much more successful, and my parents and I walked away laughing.

Over the course of the next few years, I spent a lot of time on my hands. As happens with anything you put a significant amount of time into, I slowly but steadily improved. It was a personal challenge I held for myself. Bored at school? No problem, I’ll just do a handstand (not while the teacher is talking, though. That would be a little too obvious.) Waiting for my mom to finish at the studio? Do a handstand. Warming up for class? Do a handstand. After a time, it was no longer a struggle to stay upside down for a photo. I could even play with my leg shapes – how fun!

At some point, it occurred to my mother that this might be something I’d want to pursue, so she asked me if I might like to have a private lesson with a coach. Eagerly, I agreed, and that was when the hard work began. Before my first lesson, I remember I had been watching the woman who would be my first coach practice a series of basic positions on the floor. My thought only was, that’s so easy. I was over in a corner of the room, playing around on my new handstand canes and attempting one arms. I must be better than her, no?

How wrong I was.

It turns out, handstands are hard. Like, really hard. But they’re also very rewarding. There was something about being in a handstand I found deeply soothing. Handstands became a grounding force for me in a time when there was much turmoil and change. There were injuries and fears and feelings of inadequacy, but handstands were my safe place. Upside down, I was at home; I could find some peace.

These days, my Happy Handstands look a lot different than those first days in Europe. I’ve been on this journey for almost seven years now – that’s a long time. I’ve collected photos everywhere I’ve been, from Brazil to Hawaii to my family’s humble cabin in Manitoba. One of the most wonderful things about these photos is they create memories. Most often, there is a story that goes along with a particular handstand, and it tends to stick better in my brain.

People often ask me, how do you hold a one arm? As if there is some kind of magic tip I can give them than will replace the years of work. Kindly, the answer I give you is this: spend a little time on handstands every day, and you will see the results. Consistency is key. If you have your sights set a one arm, I suggest you book a few lessons with a coach. Anyone can learn a handstand, if they put in the time.

We are all often a lot harder on ourselves than we need to be. I challenge you to take some time this week to look back on where you’ve come from. Appreciate the journey, every step along the way. Make memories you can look back on and smile. 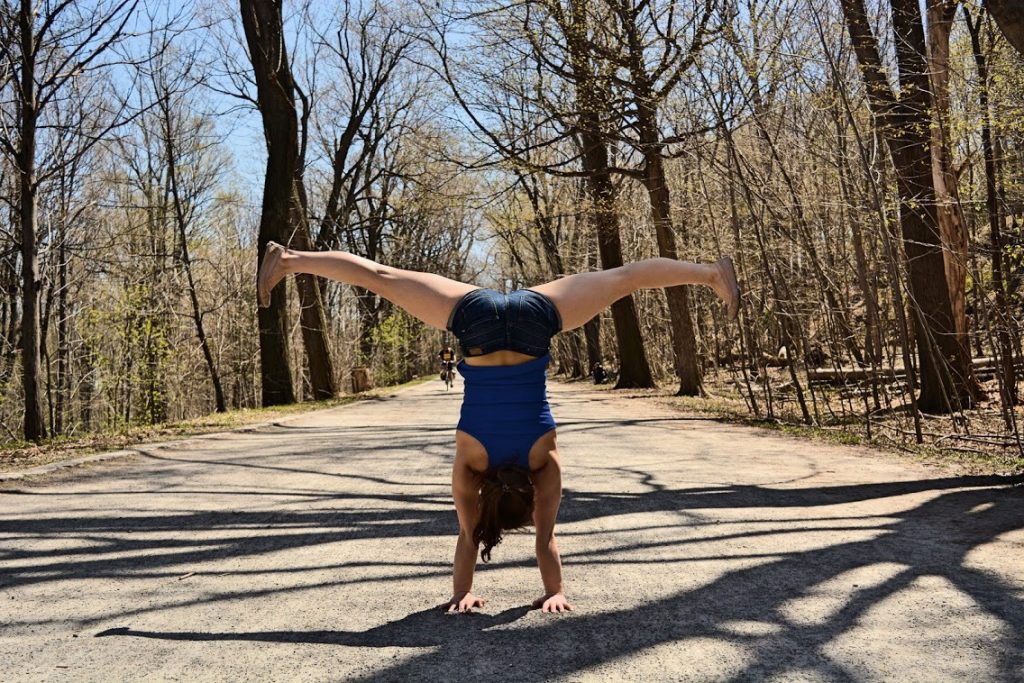 Maia Thomlinson is a writer, poet, and circus artist who loves to combine the two mediums to tell her stories. Now based out of Montreal, Maia trained at Monica’s Danz Gym for twelve years where she had the opportunity to perform all over the world. She did her first happy handstand in 2011, and has loved balancing on her hands ever since. You can find more of her work at www.mdthomlinson.com or on Instagram as @mdt_handstander.